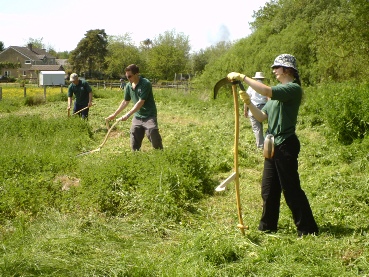 Here is a selection of scythe training courses (and some related activities) that have been delivered in the past.

Beginner’s courses have also been delivered for:

For images from some of the above courses, see this Flickr picture gallery:

Other training and activities:

- Far From the Madding Crowd was released in

- The Living And The Dead TV drama screened in